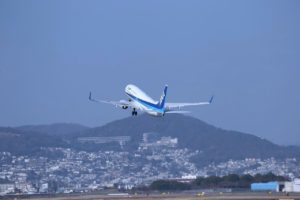 Japan’s largest airline will be including Malpensa Airport in its international network next summer. Milan is one of five cities added to All Nippon Airways’ schedule from Tokyo Haneda International Airport for 2020 – also including Istanbul, Moscow, Shenzhen and Stockholm. Tickets are due to go on sale in mid-December.

Announcing the new routes, which bring the total number of international cities served by ANA flights to 52, senior vice president Seiichi Takahashi said, “There is growing demand to visit Japan, and ANA will increase its international service just as Haneda Airport also expands to adapt for inbound Japanese tourism. These new routes will increase the ease and convenience for passengers flying to Japan from across the world, a significant benefit of our dual hub strategy.”

All Nippon Airways will be Malpensa Airport’s 15th serving Asian carrier, and the service will mark the return of a Japanese carrier to Italy after a 10-year gap. Tokyo Haneda is the world’s fourth busiest airport.

Welcoming the announcement, Andrea Tucci, vice president for aviation business development at SEA (which manages MIlano Malpensa and Linate Airports), said, “ANA’s flights will be particularly welcomed by the Milanese business community thanks to the high-end quality of its service.

“Malpensa will be only the eighth European airport that the Star Alliance carrier serves from its Tokyo Haneda and Narita bases, as Milan joins an esteemed roll call of the region’s airports – London Heathrow, Frankfurt, Paris CDG, Brussels, Munich, Vienna and Dusseldorf – with direct services from the Japanese carrier.

“The Japanese market is also Milan’s second biggest in Asia, worth around 400,000 O&D passengers per year, and it has increased 11 per cent in the year-to-date. Japan is becoming more popular in Italy and it is developing into a real brand with a big response from Milan: its outgoing traffic share is the biggest in Italy.”

Tucci said the opening of the new route was a direct consequence of bilateral agreement negotiations between Italy and Japan “Milan was the gateway selected by a Japanese airline as the entry point into the Italian market. In these negotiations, the 2020 Tokyo Olympic Games have also played an important role and it is no coincidence that Milan itself has been awarded with 2026 Winter Olympics, meaning that the connection between the two cities begins under the very best auspices.”

Next year Gulf Air also returns to Malpensa, having most recently served the airport in 2012 from its Bahrain hub in Bahrain. It will be the seventh Middle Eastern carrier from the Gulf region to serve Milan. In addition, Taiwan’s EVA Air plans to inaugurate a four-times-a-week flight from Taipei Taoyuan from 18 February next year.

For information about other airlines operating at Malpensa Airport, click here.

(Image by Hiroshi Mack from Pixabay)