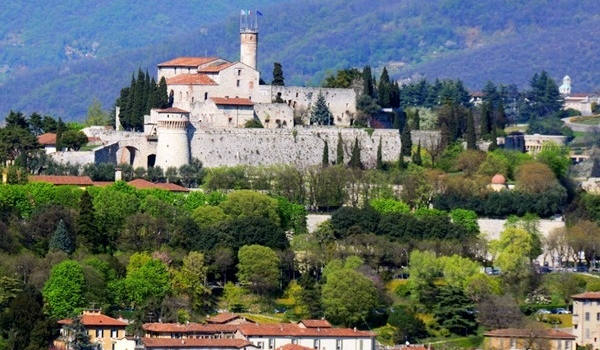 Brescia was founded 3,200 years ago and has been an important city since before the days of the Roman Empire.

Today it is the second largest city in the Lombardy region, with a charming old town and a great array of cultural attractions and historical sites. Nevertheless, Brescia is not typically seen as a tourist city, which means you can enjoy a somewhat more authentic Italian city experience during your stay than you might find elsewhere. (Not many menus are translated into English, for example.)

Many visitors to Brescia will fly in via Malpensa Airport. The airport sits to the west of Milan, while Brescia is to the east, so if you aren’t going to be driving during your holiday it is possible to take a taxi, bus or train to Milan, from where you can travel on to Brescia. However, it is far more popular to simply hire a car and drive.

The easiest way to get from the airport to Brescia involves driving east on the E62 towards Milan, before heading on to the E64 to Bergamo, and then the A4, which will take you to Brescia. The drive takes around an hour and a half.

Things to do in Brescia

Brescia is home to a huge range of attractions, especially for those looking to explore the culinary side of Italy. As part of the European Region of Gastronomy, the city has developed a reputation for creating truly superb food and drink experiences. Be sure to try the locally produced Franciacorta sparkling wine and the delicious Italian caviar.

For those with an interest in the region’s automotive history, it is definitely worth visiting the Mille Miglia Museum. Once one of Italy’s most renowned races, the Mille Miglia was discontinued in 1977 before being recreated as a regularity race for classic and vintage cars.

One of the main reasons to visit Brescia is to view some of the most impressive sights found anywhere in northern Italy. The old town has been declared an UNESCO World Heritage Site and it houses impressive complexes including the Capitolium of Brixia and the Santa Giulia City Museum, which offer a fascinating insight into the history of the city.