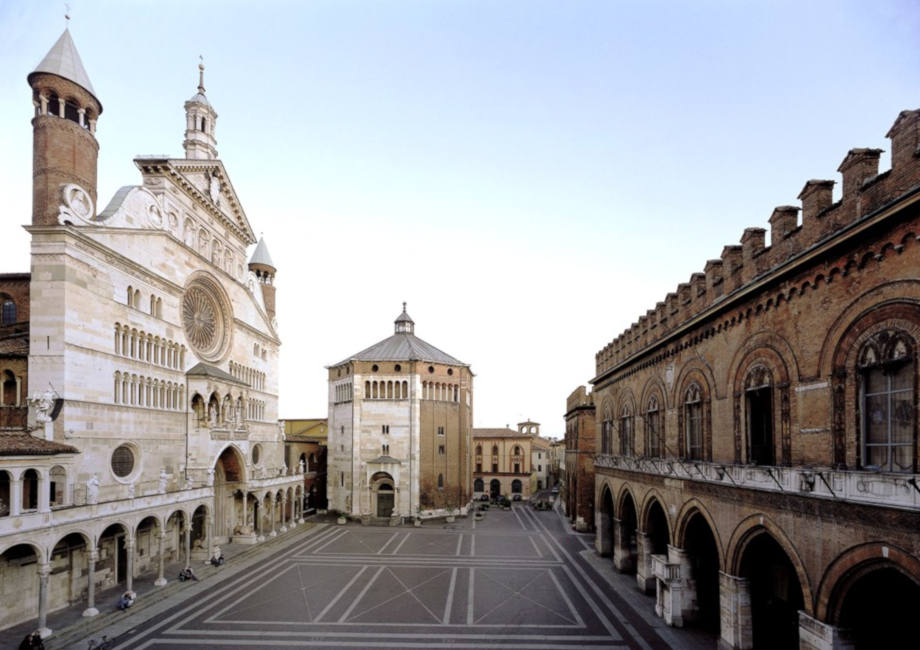 You can find Cremona on the southern border of Lombardy, east of Piacenza, in the middle of the Pianura Padana and across the Po River from the Emilia-Romagna region.

Cremona is particularly well known for its musical history and traditions, as well as its production of several local delicacies. The charming streets are lined with exquisite architecture and painted townhouses, making Cremona the perfect place for a relaxing getaway or a romantic break.

What is there to do in Cremona?

Cremona is home to an incredible selection of beautiful churches and the stunning Duomo di Cremona (Cremona Cathedral), which is considered one of the most distinguished examples of Romanesque-Gothic architecture in northern Italy.

Its bell tower, the Torrazzo, is the third-tallest brick bell tower in the world and the oldest example of a brick structure taller than 100 metres. Inside the cathedral you can view extensive frescos dating to the early 16th century, while the Torrazzo houses the largest astronomical clock in the world.

As for the city’s musical history, Cremona’s credentials as a centre for organised musical activity date to the Middle Ages. The city has hosted many famous musical residents, including Marc’Antonio Ingegneri, Claudio Monteverdi and Pierre-Francisque Caroubel. It is also known for the manufacturing of exquisite musical instruments, including violins by the Amati and Rugeri famililies, Guarneri and Stradivari.

To this day, the city hosts renowned festivals for Renaissance and Baroque music and is considered the centre of exceptional instrument craftsmanship.

Sampling some of the local cuisine is highly recommended. The Cremona area is popular for producing Provolone and Grana Padano cheeses, torrone nougat and mostarda (candied fruit in a mustard-infused syrup). All of these are well worth a taste and make perfect souvenirs from your trip.

Drivers renting a car will find the fastest way to access other parts of Italy from Cremona is to head to the A21, east of the city. From here, you can travel north to Brescia in about 45 minutes, where you can join the A4 to reach Bergamo, Verona, Padua or Venice. Heading southwards, you reach the E35, connecting you to Piacenza and Milan, or taking you south to Bologna.

The attractive Cremona railway station can be found in the heart of the city, on Via Dante. It is the terminus of six railway lines, with main destinations including Brescia, Fidenza, Mantua, Milan, Parma and Piacenza. Suburban bus lines are an effective way to reach other areas of the province and can be caught from outside the train station.