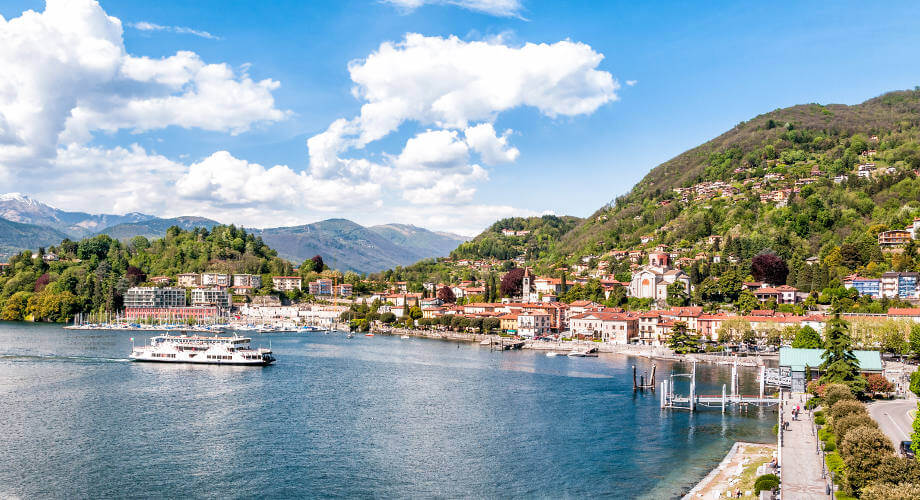 Varese is a lively and prosperous provincial hillside capital of around 80,000 inhabitants, situated just a few kilometres from the Swiss border 55 kilometres north of Milan. The town stretches south of the Campo dei Fiori hills between Lake Maggiore and Lake Como, and on the shores of Lake Varese in what is known as the Italian Lake District.

Varese is also called the “garden city” due to its stunning natural beauty. With roots dating to Roman times, Varese was finally given the title of city by the Emperor of Austria in 1816, and its charm and exceptional qualities have been appreciated for ages. The town has a picturesque historic centre and stunning lakeside views. It is particularly well-known for its grand art nouveau villas, which are definitely worth exploring.

What to do in Varese

There is still much to see of Varese’s age-old history, particularly when it comes to religious buildings. Probably the most important place to visit on a trip to Varese is the Sacro Monte di Varese complex – one of the nine sacri monti in Lombardy and Piedmont now protected by UNESCO World Heritage status. This devotional complex is set in the Campo del Fiori Regional Park, which includes the Via Sacra and 14 frescoed chapels that were built between 1604 and 1623 and leading to the shrine of Santa Maria del Monte from the 16th century. Other notable churches in Varese include the Chiesa Santo Stefano (9th-11th century), one of the town’s oldest churches, and the Basilica di San Vittore (16th-17th century).

The baroque Palazzo Estense with its landscaped gardens, the Castello di Masnago and the 11th century Torre di Velate should also be on your sightseeing agenda, as well as Villa Mirabello (housing the Archeological Museum), the elegant 18th century Villa Recalcati, the ruins off the historic Belforte castle and the civic tower on the Piazza Monte Grappa.

Finally, make sure you visit the noble Ponti Villas – one neoclassical, one Venetian – and Villa Panza, a 16th century architectural Lombard masterpiece that now houses a contemporary art collection.

Arriving at Malpenso Airport in Milan, Varese can be reached in as few as 20 minutes by car via the A8 autostrada dei Laghi. Hiring a rental car at the airport is easy and convenient. Alternatively, there is a rail connection from the airport via Milan, and also a bus service to Varese.

Varese is small enough to be able to explore on foot; in fact, many of the local streets are pedestrian only. Public transport is particularly recommended if you are going to visit outlying areas such as Sacro Monte. You can buy bus tickets at newsagents and bars or on-board. Taxis are also in plentiful supply.